The chilled air in the place seemed filled with unease. Clean, sterile, with “handlers” at every carefully-monitored corner of the place. Doors locking in neat rhythm as any cries of the patients behind them went unheard by the visitors.

The Dad I accompanied to visit his son seemed to radiate anger, frustration, or perhaps steep mountains of weariness. Maybe all of it. Looking back, I remember one particular thing he said which seems to stick out in my mind. He said it as he leaned against the metal railing outside of the psychiatric care facility visiting room, seemingly ready to collapse;

“My son is not mentally ill, he’s autistic.”

Later, sitting in a hard plastic chair next to him, I looked over at the “patient”, who was in his third day of a forced stay at the psychiatric facility. The young man looked exhausted, unbathed, and sat with his eyes brimming over with tears. A look of shocked disbelief– surprise– swam in the depths of his eyes. He kept repeating, in a variety of ways, I just want to go home.

The police officers in the small town where he lives had encountered him in a disagreement with his Mom at a convenience store, and the situation had quickly escalated into him being put into handcuffs and a trip to admissions at the behavioral facility over strong protestations from her.

Even if the young man’s Mother had been able to articulate his unique neurology, as an autistic person, someone with sensory processing issues, the momentum of the Autistic-Person-Meets-the-Riptide-of-Mental-Health-Misunderstanding was going to carry him away regardless. The handcuffs bit into his wrists, he went into the back of the car’s cage, and he was pulled out haplessly on the current and into the Sea of Misunderstanding.

Given medications and a small, shared room with another man, he curled into a corner underneath the irritation of buzzing fluorescent lighting overhead. Alone, without any counsel, he was asked repeatedly from multiple persons if he felt like killing himself or harming others. His answer? He told them whatever he thought they wanted to hear, as long as he thought they would let him go back to the quiet sensory-safety zone of his small apartment.

Finally, after several legal threats, complaints, the expiration of the imposed “watch,” and most importantly-– the end of the insurance payments to the facility were over, he was released. No explanations and no apologies were given to anyone.

In the context of our work with autistic persons, this narrative is a very familiar one, having been played out like a badly scripted play relentlessly acted out for autistic persons and their families. In fact, nearly every person, every family we serve has some version of the same sad story. And this worn-out, grim interaction between autistic persons and the mental health industry has been playing over decades to a mostly silent cultural audience.

While it is understood autistic persons, just like their neurotypical population counterparts, experience mental health challenges, they seem to be particularly susceptible to quickly falling into a mental health machination that is both ill-equipped to understand them, and one which– according to autistic persons and their families– treats them quite badly.

Buried underneath explanations of simply “protecting patient” privacy needs, blaming HIPAA (Health Insurance Portability and Accountability Act of 1996), flaccid reporting, and the reluctance of those who could stand in the gap for autistic persons but would rather avoid the stigma of doing so– the resultant obfuscation is an ongoing train wreck between autistic persons and the ignorance of those who should know better.

How many autistic persons are admitted to mental health facilities in the United States alone each year? The truth of the matter is we just don’t know. Even a dated report from the federal Agency for Healthcare Research and Quality (US Department of Health and Human Services) points to a vague number of around 30,000 persons diagnosed with Autism Spectrum Condition (ASC) being admitted in 2014.

So, what we’re left with is a lot of empirical evidence based on weaving together the vast numbers of stories from autistic persons and their families about the collisions they experience with the mental health industry.

From my own perspective, as Dad to three diagnosed autistic persons, I can personally speak to unnecessary, wasteful interactions with law enforcement officials, mental health “experts,” and others who comprise the inner mechanism of the machination, continually putting autistic persons in facilities whether or not they actually belong locked up.

I have wept bitter tears over the careless treatment, the physical abuse of my own children inside these places of “care.”

Given the current cultural climate, is it even possible to come to an understanding of autistic persons, who may or may not have mental health challenges (just like the rest of humanity) in light of the deep systemic failures of the mental health system?

That depends on where you look for answers. Will the mental health “system” correct its own course, reject community-damaging complicity, and turn down untold millions of dollars from insurance companies who pay them for admitting autistic persons into the system? Highly doubtful. So then, from where will real systemic change come?

A grassroots movement is now underway, one which may provide much of the needed pressure for systemic overhaul, particularly in light of mistreatment of autistic persons who fall into the web of the system. While in rough form at the moment, the Neurodiversity Movement holds promise to be an instrument for cultural transformation in the way we view each other, in the way we recognize the unique functioning of how other person’s minds function.

Autistic persons have always populated the landscape of human existence, and while many have been woefully misunderstood and mistreated, they have also been wonderful friends, family, and inspirations to many when treated with understanding, respect.

As a culture, we are delinquently past due to begin the conversation into the acceptance of neurodiversity, rewriting the narrative of our understanding of mental health issues and taking an honest, hard look in the mirror of our own preconceived notions of what it means to be a human person.

In Lewis Carroll’s Alice in Wonderland, young Alice desperately wanted the golden key which would unlock the enchanted door, opening to a new world of adventure. Like Alice, many autistic persons today cannot reach the key, and short of a magical potion appearing, need the help of their fellow human beings to reach it.

Will you help autistic persons reach it?

Will you help grow the understanding of what it means to be fully human?

The key is near. 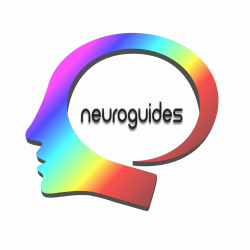 Passionately focused on guiding neurodivergent persons to discover their strengths, gifts and enjoy meaningful lives. A relentless optimist, an encourager who is out to build up individuals, to better communities one great relationship at a time.

Latest posts by Life Guides for Autism | NeuroGuides™ (see all)

2019-05-07
Previous Post: “Sorry, We Already Gave to Autism Speaks,” or The Role of Money in Institutional Ableism
Next Post: The Debate over an Autism Cure