In my circle of friends and family, I’m known as the quirky one. I’m the odd, funny girl who wishes for peace, love, and happiness for everyone. I’m deeply spiritual, and my cross necklace is a permanent fixture around my neck.

I grew up in a non-political family. Politics was something that was never mentioned. However, I’ve always had fond memories from childhood of seeing Ronald Reagan speaking on TV. He had such a nice smile and spoke with such confidence and gusto.

After high school, I met a girl who would become my best friend. She was a Republican. She came from a family of wealthy Republicans. Her influence, in addition to my religious faith, plus my endless search for identity, made it seem like identifying as Republican was a no-brainer.

I was pretty conservative-minded, after all. I voted Republican for years. I also voted for my party in 2016. There was no way I was voting for another “corrupt Democrat”.  I was pretty shocked when my party won the presidential election. I was gleeful but also a bit scared.

What if our new president wasn’t up to the task? What if it was a huge mistake to vote for someone with no political experience? Despite my fears, I defended my vote on a debate board and amongst a few outlier friends and family who vote Democrat.

I kept up hope that our president would say the words we so desperately needed to hear as a nation to unite us and bring honesty back to politics. It was after the tragedy in Charlottesville that I realized the president I voted for would never unite us. I started to take the president at his word rather than defend “what he really meant.”

I started to post articles, statistics, opinions, etc. on social media about why the president’s language was harmful to the US socially. I posted about racial injustices and that although I would not kneel for the national anthem I did understand why people chose to.

When my conservative Republican circle saw me start to change my tune politically some would immediately comment on my posts with ferocious ire. I rationally countered with facts, statistics, and articles. They came back with cussing, sarcasm, and personal attacks. I was dumbfounded and incredibly hurt.

My own brother, whom I was quite close to, told me I was disgusting, that I was on the highway to hell, and that I have no morals or ethics. He called me a liar, said I’m sticking up for Satan. I could go on and on.

Other male friends chose to belittle me as if I were a defector from their team, and one told me that I should be ashamed of myself because my mother raised me better than that. A female family member blocked me after I nicely asked her for a source to prove something she said that was obviously not factually true as she had claimed. I was treated like a Judas.

When I stated that I understood why people knelt for the national anthem, I was attacked by my veteran friends, even though I said I would not kneel myself. A family member who is a former police officer deemed me a “cop hater,” even though I supported him through his career. I have quite a few friends who are police officers, and I respect them very much. I’m very grateful for the work they do in the community and I’ve always said as much.

This was all so bizarre to me. Why did they think that my entire identity, morals, values, and even my deep religious faith changed simply because I could no longer defend a president who was behaving so negatively and who was continuously divisive? I didn’t use strong, divisive language, but I was being treated like a hated pariah. I was calm, and I used rational language, yet that was not what I received in return. Far from it.

I do not understand the seemingly-complex social requirements that some neurotypicals hold; the requirements that could make anyone react so incredulously to someone changing their views. I’ve tirelessly tried to offer reasons for me changing my views.

I’ve posted scripture that I deeply believe in to refute things we see happening in our country. I’ve provided facts, statistics, quotes, and links. I feel like I’m providing all of these valid reasons, and they are only going to see me as a defector no matter what I do.

I don’t think I’ll ever understand what it is that could make someone call themselves “open-minded” and “accepting,” but then turn around and ostracize a friend/family member for having a change of heart regarding their support of a political figure.

A president is only in office for 4-8 years. Family is forever, and good friends should be, too. I believe that being “open-minded” is to accept people with all different kinds of views, but to question views which are harmful to others.

I’ve come to grips with the fact that I may never understand. I’m also strong enough in my identity now to stand for what I believe in. I have a peaceful heart and have realized that the “unfriend” button is not to be feared. 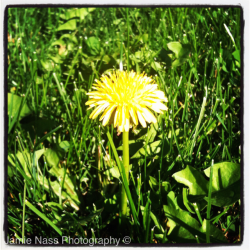 I’m a 40-something recently diagnosed Aspie.Still trying to figure out my identity and find my place in this world.Thankful every day for finding my Aspie tribe. ♾🔴✍🏻

Latest posts by onelonedandelion (see all)